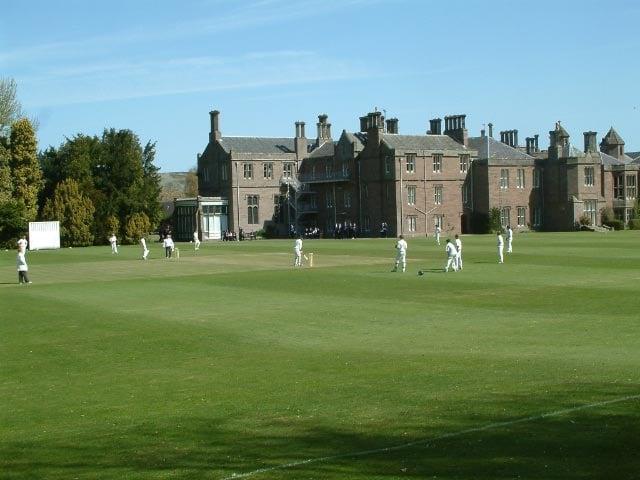 Cricket has been played at Strathallan since its foundation at Bridge of Allan in 1913. The first ground was a public park and the players, who often included the Headmaster Harry Riley, had to compete for space with various animals which used the park as pasture. Upon the move to Forgandenny in 1920, a dedicated cricket ground was fashioned on the back lawn of the main school building which is where the 1st XI still plays today. For much of the School?s early history the fixture list included few of the major Public Schools of Scotland, but touring sides such as the Harry B Rowan XI brought major Test stars of the 1930s and 1940s to play the boys. Luminaries such as Sir Jack Hobbs, Sir Learie Constantine, George Duckworth and Sidney Barnes passed on their knowledge and love of the game. When asked about the Strathallan wicket in 1936, Sir Jack Hobbs is reputed to have answered, ?Reminds me of Lords – a bit bumpy in places.?

Several First-Class cricketers have passed through the School since the War; Ashley Harvey-Walker who played for Derbyshire, Michael Allingham who played for Scotland, and a current Queensland wicketkeeper in Christopher Hartley. A recent captain, Dougal Fergusson, has played for Argentina in ICC World Cup qualifiers.

Further information can be found at www.strathallan.co.uk.