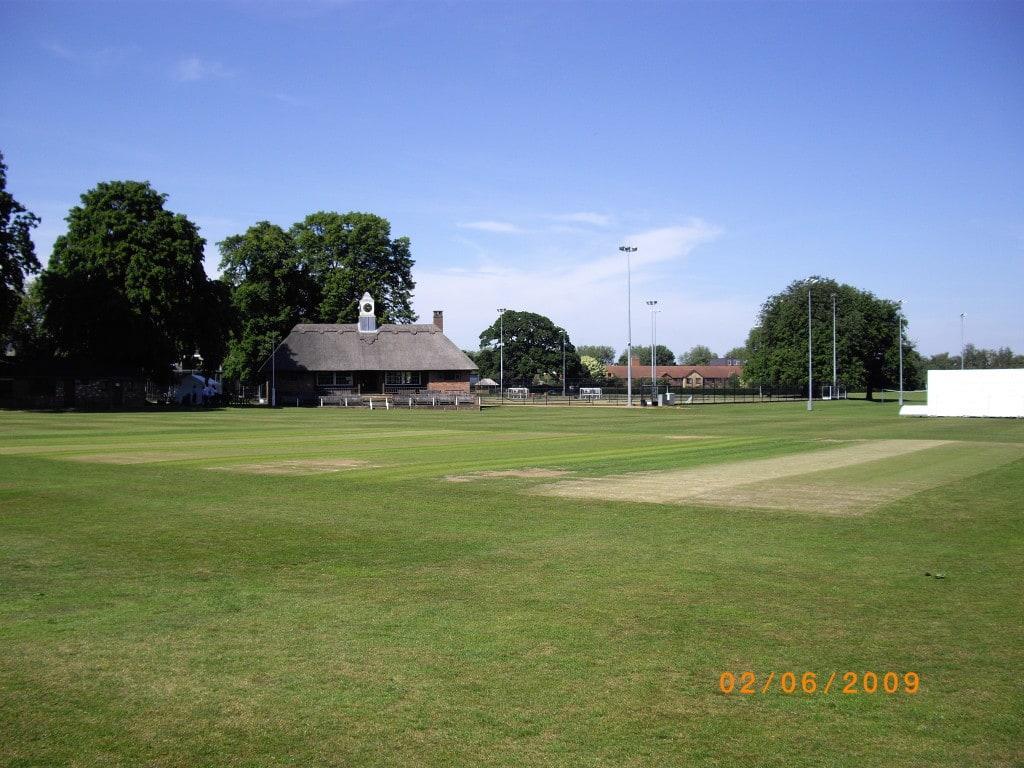 Cricket at Wellingborough School is the major boysâ€™ sport in the summer term with the School fielding six cricket teams from Under 14 to 1st XI. Until the mid 1990s, Wellingborough School shared with Cheltenham College the distinction of being one of only two school grounds to host first class county cricket; a trend which several schools have now emulated.

â€˜The Groveâ€™ is a picturesque setting for playing cricket with the thatched pavilion being the cornerstone. Indeed thatched pavilions on the school circuit are becoming a rarity and this is a tradition that the school is keen to preserve, none more so evident than when it was burnt down in 1998, only to be quickly returned to its former glory, where many schools may have opted for a more modern re-build. The lowest step from the pavilion out to the ground was originally the doorstep of W.G. Graceâ€™s Bristol home. It is traditionally necessary for a batsman to step firmly on to the stone with both feet en-route to the wicket to ensure any runsâ€™ but maybe we should not be disclosing this information to our opposition!

The most recent ex-pupil to play first class cricket is 2013 captain Charlie Macdonell (Derbyshire CCC). Although no other recent pupils have gone on to play first class county cricket the school enjoys a very successful link with Northamptonshire County Cricket Club and several players in recent years have been awarded academy contracts whilst either still at school or directly upon leaving. Similarly a number of ex-pupils have represented their Universities at MCCU level.

Girlsâ€™ cricket is also flourishing at Wellingborough with three girls representing the 1st XI since 2005, the most successful of whom, Jasmine Titmuss, went on to play for the England Womenâ€™s Academy. Girlâ€™s cricket is now the major sport in the summer term for our Prep School and so we expect a surge in the number of girlsâ€™ teams playing regular fixtures in the Senior School over the coming years.

The School follows the popular tradition of employing a â€˜cricket professionalâ€™ in the summer term and in recent years pupils have benefited from former New Zealand head coach Andy Moles, from 2014-2016 former England ODI opening batsman Mal Loye held this role before three successful years under the guidance of ex-Northants and England A stalwart David Sales.

For a map and directions to the school please see the following link:
www.wellingboroughschool.org/contact/