Cup Match in Bermuda – images courtesy of The Bermuda Sun

I am happily blessed with relations in some of the most attractive places on Earth. It was in 1978 that I was staying with my sister-in-law in Bermuda, an island ? group of islands really – not in the Caribbean, as many people suppose, but much further North, stuck in the middle of the Atlantic with no other land for company by about 500 miles.. Not tropical, but sub-tropical, with the same seasons as the UK, only on average about 20 degrees warmer.

On this occasion, a local cricket team was one player short and somebody seemed to know that my sister-in-law had a cricketer staying (it?s a very small island). Thus I found myself standing at frst slip alongside a wicket-keeper wearing an MCC cap. In a pause I said I?d rather like to bring my cricket XI on a tour and asked him whom I should contact. ?I?ll arrange it for you? said he, and it turned out to be the most organised person on the island, Mike Collins.

At that time, if UK schools toured abroad it was to somewhere like Holland. Long-distance touring had not (I think) been invented. Thus, at Easter 1979 we undertook our pre-season tour to Bermuda and it was seriously magical. Not only is Bermuda almost absurdly pretty (you fly in over white rooftops and manicured lawns) but there is (or certainly was) hardly any poverty and everything, in those days, was extremely well run.

Yes, it is a very small place, with a population of about 25,000. Cricket is a bizarre mixture of West Indian (blazing cavalier-style) and old-fashioned Lancashire League (we?ll bat out all day to secure the draw). It must be the only place in the World to have a two-day holiday ? bigger than Christmas ? for a cricket match, when the supposed East part of the island plays the West. In practice, it?s the best 22 players on the island and Cup Match (as it is called) breeds huge passions. The entire place comes to a standstill, except for the gambling stalls which do good business as it is the only day when such a pastime is allowed. 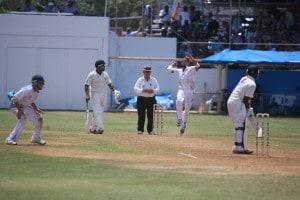 In 1979, the (English) Bermuda youth coach picked a squad of about twenty and we had a touring party of 16, who had each paid the princely sum of ?25 for the entire trip. We raised the rest in fund-raising ventures, so unusual was the tour. Happily, being so remote, local people invite touring teams to stay in private houses and entertain them royally, otherwise local teams would find it hard to secure opposition. Thus there were no hotel costs at all. Even the hire of mopeds (the only means of hired transport on the island for visitors, however wealthy) was sponsored by local businesses.

Bermuda?s youth squad played the Clifton youth squad about half a dozen times and honours were about even. Such was the welcome that,when we left, tears and embraces were the norm on departing for the airport.

You do need to have a contact on the island otherwise it would probably be difficult to arrange. I am not aware of any organisation which runs cricket tours there, but I may be mistaken.