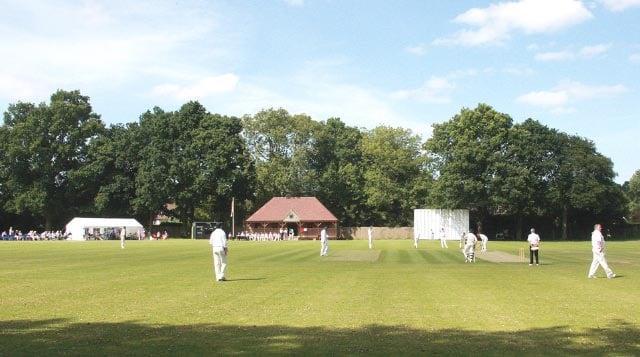 As far as I am aware there are no current professional cricketers playing who went to DCGS. However, we have a number of old boys who have represented Buckinghamshire and many others who have played for their UCCE. A recent pupil, Ali Birkby, is in the England Under 16 squad, though he has now moved to Stowe.

Brief history: cricket at Challoner?s has really begun to flourish in the last decade. Our junior teams have recently made a habit of winning the Bucks Cup and on a couple of occasions the team has gone on to the semi-final of the Nationals. This is now translating to success at 1st XI level where despite an ever-strengthening fixture list we have seen our results improve year-on-year. We have bi-annual tours to the Caribbean, generally St Kitts and Nevis, for the Under 14 and 15 teams which are extremely rewarding for all involved.

Enthusiastic support from the Headmaster has led to a relaid square and new pavilion which have helped to raise the standard and profile of cricket at DCGS and it is now seen as the flagship sport.

Directions to the ground: The 1st XI pitch is located behind the main school. The school is in the centre of Amersham on the Hill just off the A412 and the car park is accessed from Longfield Drive.

Further information can be found at www.challoners.com.