Newcastle High School was formed in 1874 and the first recorded fixtures within ‘The Fire-Fly’ (the official school magazine) were against Silverdale CC & Whitmore CC in 1880. However, cricket fixtures must have taken place before this date as the first ‘Old Castilians’ match took place on 29th July 1880 and R.J. Twyford was recorded as 1st XI Captain for the 1877-88 season. The Orme Girl’s School formed in 1876 played a significant amount of cricket between 1908-1925. The school recorded a number of undefeated seasons in the 50s/60s thanks to impressive performances from David Hancock, Stan Evans and Michael Ikin (son of England Cricketer Jack Ikin), who all represented Staffordshire and also John Ward, who enjoyed a first-class career with Derbyshire. The stand-alone cricket pavilion situated on Stubbs Field was presented to the school in 1955 by the Old Newcastlian Club in memory of Old Castilians who fell in the Second World War. It provides a wonderful backdrop for cricket in the summer months. 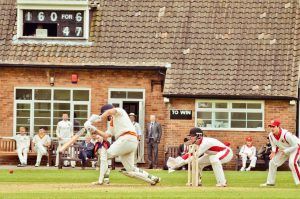 The present school (renamed Newcastle-under-Lyme School) was formed in 1981 through the amalgamation of Newcastle High School and the Orme Girls’ School. The first Master I/C Mr Peter Cash (1985-2009) introduced the annual MCC fixture in 1988, entered the school into the Wisden Almanack and achieved notable success in the late 80s/90s due to fantastic 1st XI performances from Denton Brock (Warwickshire 2nd XI, Staffordshire Minor Counties), Matthew Colclough (England U15 & HMC Schools Player) and Robert Howell. Brock holds the record for the best bowling in a season since amalgamation, claiming 52 wickets at 9.23 in 1989, while Howell scored 1004 runs at 66.93 during the 1993 season. During Cash’s tenure, professional Rugby player for Wasps and England, Dan Robson, who played for the school’s 1st XI in the 2008 season, took an impressive 6-7 in 5 overs vs. Derby Grammar School, which included only the second hat-trick in the school’s history.More recently, Gareth Breen (Director of Cricket, 2010-2019) increased the provision of limited overs cricket within the school, oversaw improvement in facilities (both mobile cricket covers and the digital electronic scoreboard) and recruited some high profile coaches (Kim Barnett & Otis Gibson). Ben Gibbons (Director of Cricket 2019 – Present) launched the NULS Cricket Academy to provide an all-year round cricket programme across the school for both boys and girls. Sessions are undertaken at The Cricket Cave, Staffordshire’s only dedicated Indoor Cricket Centre, with access to state-of-the-art facilities such as Bola Bowling Machines, a Merlyn (Spin) Bowling Machine and PitchVision Technology. Furthermore, Jason Brown (former England A, Northamptonshire and Nottinghamshire) was appointed as the school’s full-time Cricket Professional. Future plans include: establish a bi-annual overseas tour, create a Mental Health Plan working in conjunction with Opening Up Cricket, the use of innovative forms of cricket to keep players motivated and interested, expansion of facilities on site both outdoor and indoor, pavilion renovation work and expanded the NULS Cricket Academy programme to include holistic elements such as performance profiling, strength and conditioning, lifestyle factors and game awareness. 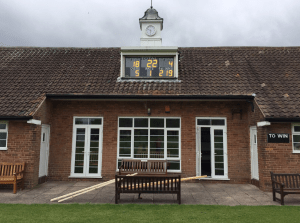 Despite relatively small pupil numbers in comparison to their rivals, Newcastle-under-Lyme School continues to punch beyond their weight on a strong North West & Midlands circuit (Denstone College, Cheadle Hulme, King Edward’s School Birmingham, The King’s School Macclesfield, Shrewsbury School and Wrekin College). Notably, the 1st XI fixture list includes participation in the HMC U19 T20, U17 National Cricket Cup, the Old Castilians Fixture and the annual MCC fixture which has been in place since the 1988 season. They reached the Regional Final of the HMC National U19 T20 Competition in 2017, only to be defeated by Shrewsbury School. In addition, they compete in an end-of-season festival including The King’s School Chester, Bedford School & Nottingham High School. 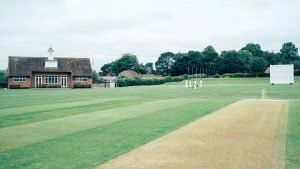 The school regularly reach the latter stages of the County Competitions at all age groups and produce a number of male and female cricketers who not only play for local clubs (Porthill Park CC, Newcastle & Hartshill CC, Whitmore CC, Audley CC) but also represent Staffordshire, Warwickshire, Derbyshire, Shropshire and Worcestershire. The School also organise and host the U13 & U15 Newcastle District Festivals for the local state schools to promote participation in the local area.

In 2021, the school was included in The Cricketer Magazine’s Good Schools Guide for the first time. 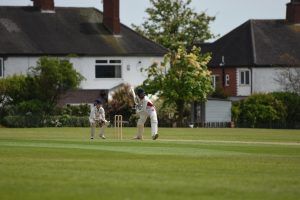 Directions to the Ground: The 1st XI square is located on Stubbs Field, just off the Victoria Road/Parkstone Avenue entrance. For Junior matches, U12/U13 fixtures also take place on a Junior Square on Stubbs Field, while U14/U15 fixtures are housed on Top Field, situated on Palmers Way (just off Lancaster Road). The Senior School is located on Mount Pleasant close to the centre of Newcastle-under-Lyme. Travel to the school is very convenient, being approximately 10 minutes’ drive from Junction 15 of the M6 allowing excellent links to schools in the North West and Midlands.