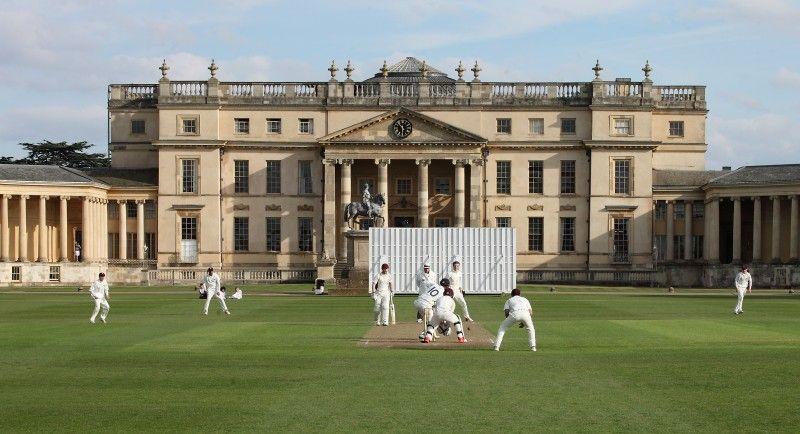 Stowe has excellent facilities for cricket. There are seven squares, 11 lanes of turf nets and ten lanes of astroturf nets. There is a comprehensive off season programme, three Bola bowling machines and a Merlyn bowling machine and a team of specialist coaching staff available throughout the year.

There cannot be many better settings for a game of cricket than the North Front at Stowe. England selector – Ed Smith, when writing in The Spectator, described Stowe as his most favourite school cricket ground in the world: â€œ Stowe is a stunning setting for a cricket match. If any vista makes every other school in England jealous, it is surely Stoweâ€™s elegant classical faÃ§ade.â€ The North Front is regularly used by Northamptonshire County Cricket Club for 1st & 2nd XI fixtures and also hosted the Bunbury Festival in 2017.

Several pupils from the school have gone on the play county cricket, the majority of those during the last twenty years where ten Stoics have been signed to various counties. Several of these have also represented England at youth level and recent leaver – Ben Duckett â€“ has already represented England in Tests and ODIâ€™s. Overseas tours are seen as an important part of the development process and are undertaken regularly at junior and senior level.