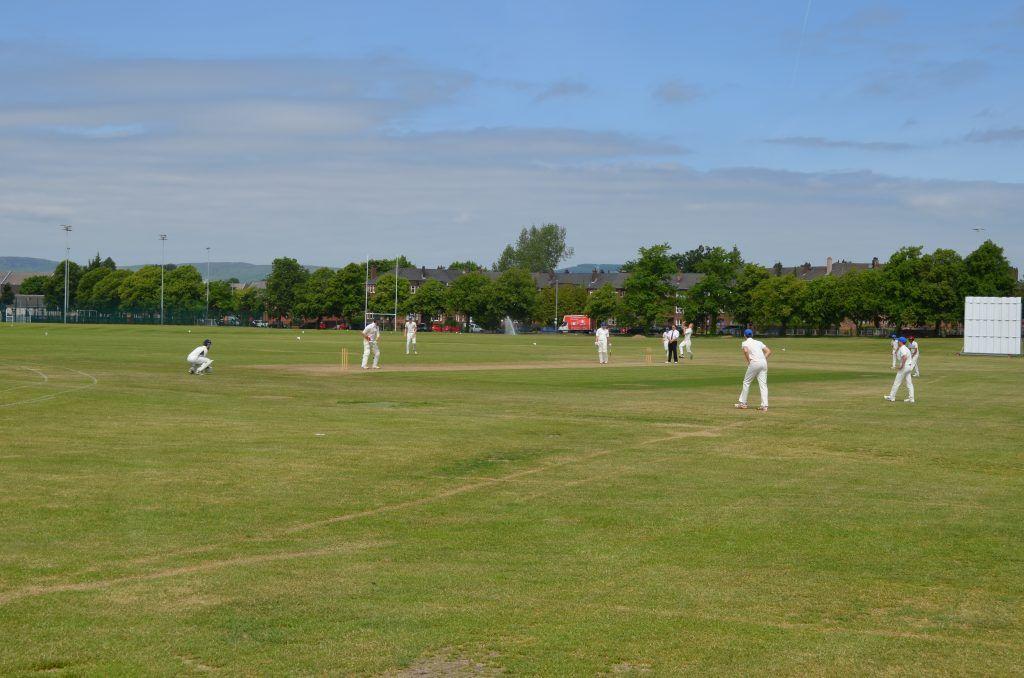 The High School of Glasgow was founded around 1124 as the Choir School of Glasgow Cathedral. Cricket began in the late 1800s at the then High School of Glasgow for Boys, based in Elmbank Street, and has been played at our ground, Old Anniesland, since 1919 when the 13 acres of playing fields were purchased in the west end of Glasgow. The War Memorial Pavilion was built in 1927 and gives a pleasant setting for viewing the cricket but provides a long walk back for a dismissed batsman.

In 1976, following the reorganisation of education in the City of Glasgow, a fully independent co-educational High School of Glasgow was established with the school buildings located at Old Anniesland making access to the playing fields very easy. The main square is complemented by two astroturf strips in other parts of the ground. We field two senior XIs and two teams in each year group from Transitus (Primary 7) to S3 each week.

Directions to the ground can be found at www.highschoolofglasgow.co.uk